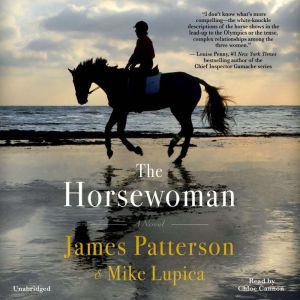 The bond between horse and rider transforms into white-knuckle suspense when a mother and daughter compete for the same spot on the Olympic team, in this “hugely entertaining, riveting, page-turner of a book.” —Louise Penny, #1 bestselling author of The Madness of Crowds

Maggie Atwood and Becky McCabe, mother and daughter, both champion riders, vowed to never, ever, go up against one another.

Until the tense, harrowing competitions leading to the Paris Olympics.

Mother and daughter share a dream: to be the best horsewoman in the world.

Only James Patterson could bring you such breakneck speed, hair-raising thrills and spills.

Only hall of fame sportswriter Mike Lupica could make it all so real.