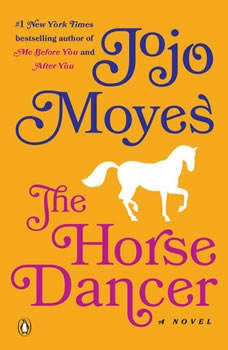 From the #1 New York Times bestselling author of Me Before You, After You, and Still Me, a novel about a lost girl and her horse, the enduring strength of friendship, and how even the smallest choices can change everything

When Sarah’s grandfather gives her a beautiful horse named Boo—hoping that one day she’ll follow in his footsteps to join an elite French riding school, away from their gritty London neighborhood—she quietly trains in city’s parks and alleys. But then her grandfather falls ill, and Sarah must juggle horsemanship with school and hospital visits.

Natasha, a young lawyer, is reeling after her failed marriage: her professional judgment is being questioned, her new boyfriend is a let-down, and she’s forced to share her house with her charismatic ex-husband. Yet when the willful fourteen-year-old Sarah lands in her path, Natasha decides to take the girl under her wing.

But Sarah is keeping a secret—a secret that will change the lives of everyone involved forever.