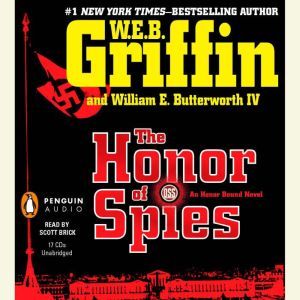 The Honor of Spies

Griffin?s Honor Bound novels have been hailed as ?terrific? (Newark Star-Ledger) and ?immensely entertaining? (Kirkus Reviews), with ?enough derring-do, romance and action to satisfy Griffin?s legions of fans and bring him new ones? (Rocky Mountain News). The new book is his best yet. August 6, 1943: In his brief career in the Office of Strategic Services, twenty-four-year-old Cletus Frade has already been involved in a lot of unusual situations, but nothing like the one he?s in now, standing with a German lieutenant colonel named Wilhelm Frogger in a Mississippi prisoner-of-war detention facility. Frade?s job? To help Frogger escape.

Frogger?s parents are in Frade?s custody in Argentina, because of their involvement in a secret German plan to establish safe havens for senior Nazi officials in South America, and the younger Frogger has agreed to help find out what they know. Even more important, however, is the secret within the secret. Before he was captured in Africa, Frogger was part of a conspiracy; its goal: to assassinate Adolf Hitler. If the OSS can use his knowledge and connections to nudge that plot along, even just a little bit? they may be able to end this war right now. But Frade is not the only one who knows about the Froggers. Even as he stands there in Mississippi, a troop of Germans and Argentinians, led by a Colonel Juan Perón, is on its way to kill the parents and, after them, Frade himself. His career in the OSS may have been brief?but it may just be about to be over. Filled with the special flair that Griffin?s fans have come to expect, The Honor of Spies is another rousing adventure from one of our finest storytellers. 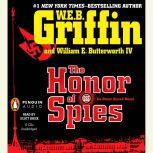 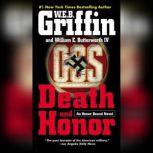 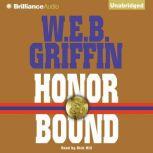