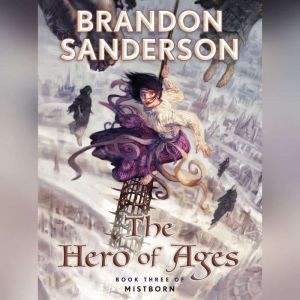 The Hero of Ages

From #1 New York Times bestselling author Brandon Sanderson, the Mistborn series is a heist story of political intrigue and magical, martial-arts action.Who is the Hero of Ages?To end the Final Empire and restore freedom, Vin killed the Lord Ruler. But as a result, the Deepness--the lethal form of the ubiquitous mists--is back, along with increasingly heavy ashfalls and ever more powerful earthquakes. Humanity appears to be doomed.Having escaped death at the climax of The Well of Ascension only by becoming a Mistborn himself, Emperor Elend Venture hopes to find clues left behind by the Lord Ruler that will allow him to save the world. Vin is consumed with guilt at having been tricked into releasing the mystic force known as Ruin from the Well. Ruin wants to end the world, and its near omniscience and ability to warp reality make stopping it seem impossible. She can't even discuss it with Elend lest Ruin learn their plans!Other Tor books by Brandon SandersonThe CosmereThe Stormlight ArchiveThe Way of KingsWords of RadianceEdgedancer (Novella)Oathbringer (forthcoming)The Mistborn trilogyMistborn: The Final EmpireThe Well of AscensionThe Hero of AgesMistborn: The Wax and Wayne seriesAlloy of LawShadows of SelfBands of MourningCollectionArcanum UnboundedOther Cosmere novelsElantrisWarbreakerThe Alcatraz vs. the Evil Librarians seriesAlcatraz vs. the Evil LibrariansThe Scrivener's BonesThe Knights of CrystalliaThe Shattered LensThe Dark TalentThe Rithmatist seriesThe RithmatistOther books by Brandon SandersonThe ReckonersSteelheartFirefightCalamity

I enjoyed this although the end has additional cosmic/religious overtones. I find the overall idea and world development interesting 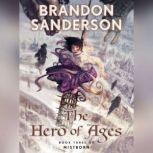 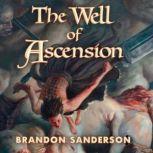 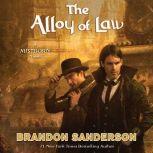