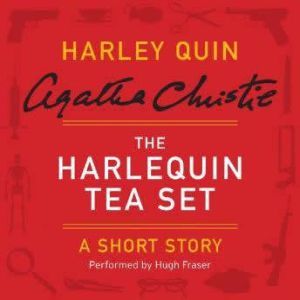 Waiting for his car to be fixed, Mr. Satterthwaite sits in a tea shop called the Harlequin café, thinking of his friend Harley Quin, whom he hasn’t seen in many years. Then, in a burst of sunshine, the very same Mr. Quin walks through the door, along with his diligent dog, Hermes. Satterthwaite is telling him the very long history of the family he is off to visit, when their conversation is interrupted by the abrupt entrance of a member of that very same family, intent upon replacing her harlequin cups. Satterthwaite desperately asks Quin to accompany him on his trip, but the ever-enigmatic Quin simply leaves his friend with one word, “Daltonism.” What does that word mean, and what is the significance of Quin turning up at the tea shop on that day?