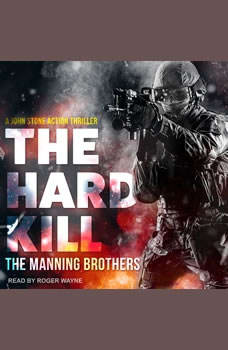 Retired Army Ranger John Stone has settled into his life as a bar owner in Great Falls, Montana. But news about the death of a brother-in-arms and the kidnapping of his goddaughter shakes his world apart. John discovers the murder and abduction might involve the ex-wife of his fallen brother, and a prototype technology that could threaten the security of the free world. Now, with time running out, John must rely on the abilities of his former life to save his goddaughter from the same fate as her father. They want power. He's going to bring them a war.