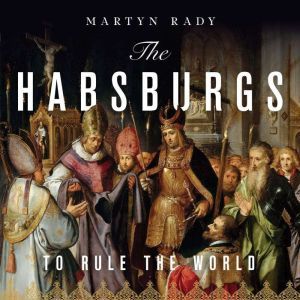 The Habsburgs: To Rule the World

The definitive history of a powerful family dynasty who dominated Europe for centuries -- from their rise to power to their eventual downfall. Habsburgs ruled much of Europe for centuries. From modest origins as minor German nobles, the family used fabricated documents, invented genealogies, savvy marriages, and military conquest on their improbable ascent, becoming the continent's most powerful dynasty. By the mid-fifteenth century, the Habsburgs controlled of the Holy Roman Empire, and by the early sixteenth century, their lands stretched across the continent and far beyond it. But in 1918, at the end of the Great War, the final remnant of their empire was gone. In The Habsburgs, historian Martyn Rady tells the epic story of the Habsburg dynasty and the world it built -- and then lost -- over nearly a millennium, placing it in its European and global contexts. Beginning in the Middle Ages, the Habsburgs expanded from Swabia across southern Germany to Austria through forgery and good fortune. By the time a Habsburg duke was crowned as Holy Roman Emperor Frederick III in 1452, he and his clan already held fast to the imperial vision distilled in its AEIOU motto: Austriae est imperare orbi universe, "Austria is destined to rule the world." Maintaining their grip on the imperial succession of the Holy Roman Empire for centuries, the Habsburgs extended their power into Italy, Spain, the New World, and the Pacific, a dominion that Charles V called "the empire on which the sun never sets." They then weathered centuries of religious warfare, revolution, and transformation, including the loss of their Spanish empire in 1700 and the dissolution of the Holy Roman Empire in 1806. In 1867, the Habsburgs fatefully consolidated their remaining lands the dual monarchy of Austria-Hungary, setting in motion a chain of events that would end with the 1914 assassination of the Habsburg heir presumptive Franz Ferdinand in Sarajevo, World War I, and the end of the Habsburg era. Their demise was ignominious, and historians often depict the Habsburgs as leaders of a ramshackle, collapsing empire at Europe's margins. But in The Habsburgs, Rady reveals how they saw themselves -- as destined to rule the world, not through mere territorial conquest, but as defenders of Christian civilization and the Roman Catholic Church, guarantors of peace and harmony, and patrons of science and learning. Lively and authoritative, The Habsburgs is the engrossing definitive history of the remarkable dynasty that forever changed Europe and the world. 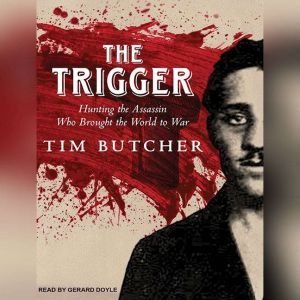 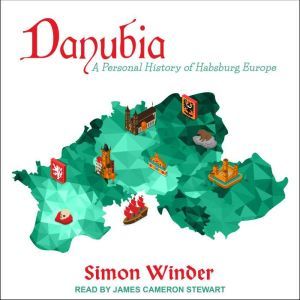 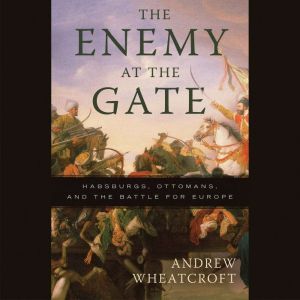 The Enemy at the Gate
Andrew Wheatcroft
Club: $12.99