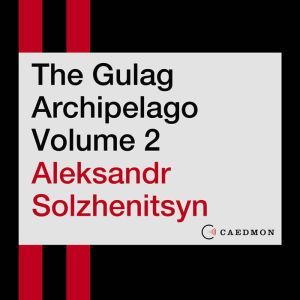 The Gulag Archipelago Volume 2: An Experiment in Literary Investigation

Volume 2 of the Nobel Prize-winner’s towering masterpiece: the story of Solzhenitsyn's entrance into the Soviet prison camps, where he would remain for nearly a decade. Features a new foreword by Anne Applebaum.

“The greatest and most powerful single indictment of a political regime ever leveled in modern times.” —George F. Kennan

“It is impossible to name a book that had a greater effect on the political and moral consciousness of the late twentieth century.” —David Remnick, The New Yorker

“Solzhenitsyn’s masterpiece. ... The Gulag Archipelago helped create the world we live in today.” —Anne Applebaum, Pulitzer Prize-winning author of Gulag: A History, from the foreword