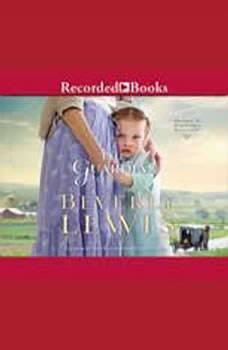 Best-selling author Beverly Lewis has received numerous awards for her books depicting Amish life. While taking her morning run, Amish schoolteacher Jodi Winfield makes a startling find on the side of the road—a preschool-aged girl, crying and clad only in her undergarments. Jodi takes the girl with her, but no one knows who she is. Then fate brings Jodi to Hickory Hollow’s Lancaster Old Order Amish, and she finds clues to the girl’s identity.

The Fiddler
by Beverly Lewis

A wrong turn in a rainstorm leads Englisher Amelia Devries to Michael Hostetler--and the young Amishman's charming Old Order community of Hickory Hollow. Despite their very different backgrounds, Amelia and Michael both feel hemmed in by the expecta...

The Secret Keeper
by Beverly Lewis

Readers Eagerly Await the Latest from Beverly Lewis, the #1 Name in Amish Fiction. With her love for all things old-fashioned, Jennifer Burns has often been told she's an "old soul," but no one is prepared for the young woman's decision to set aside...

Beverly Lewis is the queen of the Amish romance! I like reading Amish stories because it is like reading an old fashioned novel and that really appeals to me. Maybe it was because it took me so long to finish it but I felt in some parts of the story fell a little flat and was a little silly. The story flowed in a continuous stream with very little blips of excitement or drama. Only brief hints of conflict, anger or frustration were were given. In that way I think the book was a little simplistic and not realistic. The big suspense was in the beginning when the little Amish girl Sarah fell from the carriage and got lost and after that all you wondered about was if Maryanna and Joshua would hook up and if Jodi, the Englisher could work things out with her guy. Of course the reader expects a happy ending and it was there but there didnt seem to be much depth to the story. Still I really liked it as a perfect read for a late summer day.

The Guardian
Home to Hickory Hollow #3

The Fiddler
Home to Hickory Hollow #1

The Bridesmaid
Home to Hickory Hollow #2