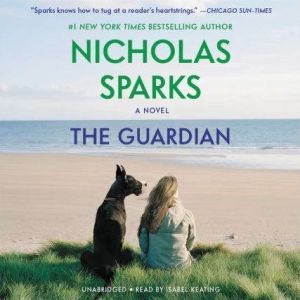 The riveting New York Times bestselling tale of romance and suspense with an "edge-of-your-seat conclusion" (Booklist).Julie Barenson's young husband left her two unexpected gifts before he died - a Great Dane puppy named Singer and the promise that he would always be watching over her. Now four years have passed. Still living in the small town of Swansboro, North Carolina, twenty-nine-year-old Julie is emotionally ready to make a commitment to someone again. But who? Should it be Richard Franklin, the handsome, sophisticated engineer who treats her like a queen? Or Mike Harris, the down-to-earth nice guy who was her husband's best friend? Choosing one of them should bring her more happiness than she's had in years. Instead, Julie is soon fighting for her life in a nightmare spawned by a chilling deception and jealousy so poisonous that it has become a murderous desire...

This is a wonderful book about friends who fall in love. They face a rocky road and a dangerous foe.

I know Sparks was hinting that The dog wa the spirit of the heroines late husband watching over her, but that wasnt really necessary. All us dog people know that dogs are great judges of character. If your dog doesnt trust someone,, you shouldnt either. If Julie had listened to Singer from the beginning, she would have saved herself and her friends a lot of grief. Too bad that this author tends to kill off some of his best characters just to make his books tearjerkers. But, yeah, he suckered me in again.