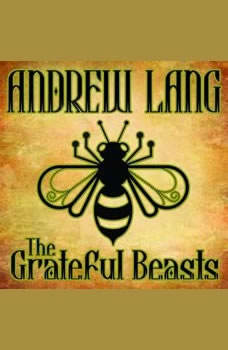 Ferko, a handsome young man, was born into a very poor family with very wicked brothers. Because the family is so poor, the parents have to send the three brothers away, with only a loaf of bread each. The brothers gang up on Ferko while he is sleeping, stealing his bread and convincing him he consumed it in his sleep. Taking advantage of his starvation, they trick him into allowing them to blind him and break his legs. They leave him to die, but Ferko stumbles across a magical healing lake and is able to save himself. He also takes the time to save three wounded creatures - a wolf, a mouse, and a bee. Ferko, well and healed, arrives at a kingdom where he plans on asking the King to take him in. To his dismay, he sees his brothers have already been taken in to the King's service. The brothers fear that Ferko will tell the King what they have done, and immediately go to the King and tell him that Ferko is an evil magician who will steal his daughter. But when Ferko's brothers go after him again, with the help of the King, Ferko is able to turn to the three creatures whose lives he had once saved. Andrew Lang (1844-1912) was a Scottish writer who collected fairy and folk tales from various cultures and put them together in twelve volumes of tales. He was noted for taking the tales from as many original sources as possible, keeping the fairy tales close to their intended meanings.