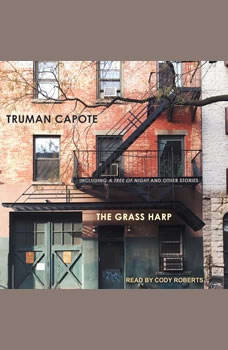 Set on the outskirts of a small Southern town, The Grass Harp tells the story of three endearing misfits—an orphaned boy and two whimsical old ladies—who one day take up residence in a tree house. As they pass sweet yet hazardous hours in a china tree, The Grass Harp manages to convey all the pleasures and responsibilities of freedom. But most of all it teaches us about the sacredness of love, "that love is a chain of love, as nature is a chain of life." This volume also includes Capote's A Tree of Night and Other Stories, which the Washington Post called "unobtrusively beautiful . . . a superlative book."