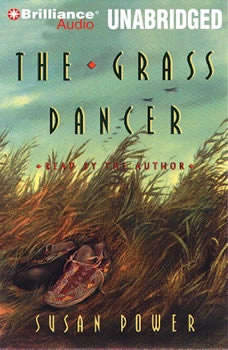 Back in the 1860s, Ghost Horse, a handsome young sacred clown, loved and lost to death the beautiful warrior woman Red Dress. As their spirits seek desperately to be reunited, they influence the sometimes violent fate of those who have followed them. Now in the 1980s, Red Dress's teenage descendant Charlene Thunder has fallen hopelessly in love with Harley Wind Soldier, the dashing traditional dancer of Ghost Horse's lineage. When Harley's soul mate is killed in an accident, Charlene guiltily suspects her own grandmother, a notorious witch, of making it happen - just as she may well have caused the death of Harley's father and brother, which even today obsesses him. The Grass Dancer is a debut novel for Susan Power, an enrolled member of the Standing Rock Sioux tribe.