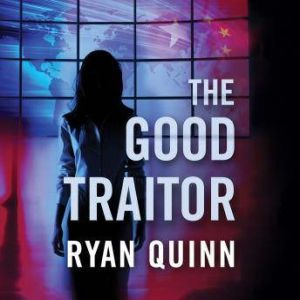 The US ambassador to China is killed in a suspicious plane crash just days after a news article links Chinese spies to US business interests. The American intelligence community is left scrambling to investigate possible connections between the crash and a series of other high-profile deaths.On the other side of the world, ex-CIA operative Kera Mersal returns to the United States determined to clear her name after being branded a traitor for exposing illegal government surveillance. There, former colleague and fellow fugitive J. D. Jones contacts her with a new assignment: find out who is staging accidents to murder news sources. As the news site continues to publish stories about top-secret CIA programs and Chinese government corruption, Mersal reunites with old allies to uncover the truth and prove her loyalty to her country once and for all. But Mersal’s investigations put her on the trail of a sinister hacker whose own motives may influence a vaster—and more deadly—geopolitical conspiracy than either of the world’s two largest superpowers is prepared to handle.