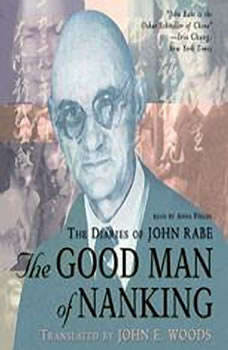 The Good Man of Nanking: The Diaries of John Rabe

This unique and gripping document contains the recently discovered diaries of a German businessman, John Rabe, who saved so many lives in the infamous siege of Nanking in 1937 that he is now being honored as the Oskar Schindler of China. As the Japanese army closed in and all foreigners were ordered to evacuate, Rabe mobilized the remaining Westerners in Nanking and organized an International Safety Zone which guaranteed safety to all unarmed Chinese by virtue of Germanys pact with Japan. As hundreds of thousands of Chinese streamed into the city, all that stood between them and certain slaughter were Rabe and his committee, and it is thought that he saved more than 250,000 lives. After the siege, when he was arrested by the Gestapo in Germany, he survived the war and the starvation that followed with help from the Chinese government. His journal is a record of inhuman horror and unpretentious heroism.