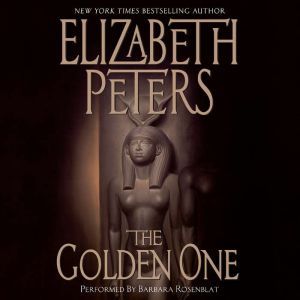 The Golden One: An Amelia Peabody Novel of Suspense

A new year, 1917, is dawning, and the Great War that ravages the world shows no sign of abating. Answering the siren call of Egypt once more, Amelia Peabody and her family arrive at their home in Luxor to learn of a new royal tomb ransacked by thieves. Soon an even more disturbing outrage concerns the intrepid clan of archaeologists: the freshly and savagely slain corpse of a thief defiling the ancient burial site.Yet this is nothing compared with the lethal fate that threatens Ramses. Besieged by the British and defended by formidable Turkish and German forces, the fortified seaport of Gaza guards the gateway to the Holy Land. Answering a call he cannot refuse from British military intelligence, Ramses must journey to this ancient, fabled city to undertake a mission as personal as it is perilous. Death will surely be his lot if he is caught or exposed. Meanwhile, Ramses's wife, Nefret, guards a secret of her own....Once again the incomparable and bestselling carries us to a breathtaking realm of ancient wonders and crumbling splendor -- from the hectic bustle of the Cairo markets to remote, sand-swept corners of the Egyptian desert where the gods of antiquity sleep. Returning visitors to the world of Amelia Peabody will be enthralled by the latest mesmerizing adventure from the award-winning grandmaster, and newcomers will succumb to her wiles as they are caught up in the tantalizing spell of the remarkable Elizabeth Peters and The Golden One. 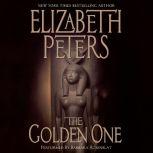 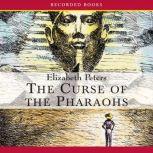 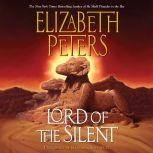