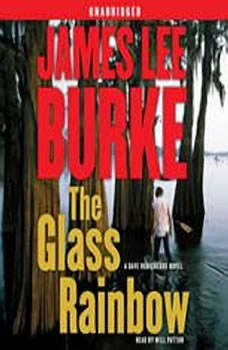 Beloved hero Detective Dave Robicheaux returns to his roots, becoming entangled in a series of murders connected with an ex-convict turned bestselling author. Another bestselling triumph from James Lee Burke. A brilliant prose stylist, a preternaturally sensitive student of human nature, and a storyteller of the highest rank, James Lee Burke has created one of the classic characters of American fiction. Driven by a keen sense of right and wrong, forever in conflict with his twin demons of alcoholism and rage, Detective Dave Robicheaux is a flawed yet singularly sympathetic hero.Detective Dave Robicheaux is back home in New Iberia Parish and once again on the trail of a killer. But when his best friend is accused of murder and his daughter gets involved with some shady business, Robicheaux will need to muster every ounce of guts, wit, and investigative chops he has to solve the case.

This is the first time I have ever sent back an audiobook without listening to the whole thing. Slow moving, boring, pointless, no suspense or even a definable plot and way overboard on describing people or thoughts, etc. I am shocked at all the positive reviews. I mean the description on here leads one to believe it is fast paced and you are following an active investigation. I rely on my membership to bring me exciting fast paced police/suspense stories - not to waste my time. I wish I could give it negative stars.