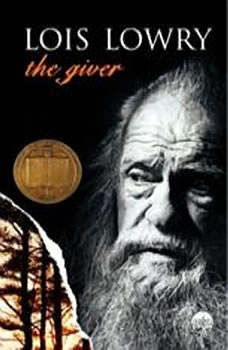 Lois Lowry’s The Giver is the quintessential dystopian novel, followed by its remarkable companions, Gathering Blue, Messenger, and Son.

Jonas's world is perfect. Everything is under control. There is no war or fear of pain. There are no choices. Every person is assigned a role in the community. When Jonas turns 12 he is singled out to receive special training from The Giver. The Giver alone holds the memories of the true pain and pleasure of life. Now, it is time for Jonas to receive the truth. There is no turning back.

Critically acclaimed and bestselling author Lois Lowry returns with MESSENGER; the eagerly anticipated companion to Gathering Blue and The Giver, winner of the Newbery Medal.From the Cassette edition.

***** THE BOOK OF DUST, the long-awaited new novel from Philip Pullman set in the world of His Dark Materials, has been hailed by the New York Times as "a stunning achievement."*****The spellbinding sequel to The Golden Compass, the m...

His Dark Materials, Book I: The Golden Compass
by Philip Pullman

***** THE BOOK OF DUST, the long-awaited new novel from Philip Pullman set in the world of His Dark Materials, has been hailed by the New York Times as "a stunning achievement."*****The modern fantasy classic that Entertainment Weekly...

Dive, run, and soar through this exhilarating special edition in the NEW YORK TIMES bestselling series, with a story by WILD BORN author, Brandon Mull. In the world of Erdas, there's a story of four noble animals who sacrificed everything to prote...