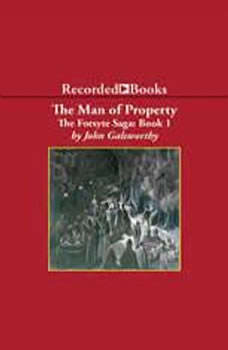 The Forsyte Saga: The Man of Property

The three novels that make up this trilogy have long been recognized as masterpieces of 20th-century literature, and Galsworthy as one of its leading exponents. But don’t let that be the reason you put off listening to this wonderful work. There are passion and lust in these pages, high art and low comedy, and unthinking violence that ride alongside ever-correct manners. Scandal, tragedy, despair, rape, accidental death, marriage, remarriage and a healthy leavening of births all unfold against a rolling backdrop of a world war.

The Forsyte Saga: The Man of Proper...
Forsyte Chronicles #1