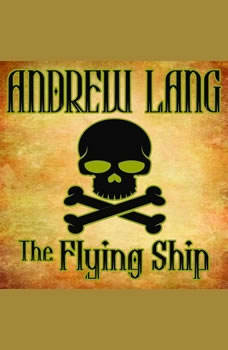 There was a family of three brothers. The older two were very intelligent and much beloved by their parents; the youngest however was considered to be a dunce and a pest and was always getting in his mother's way. One day, the king announced that he was offering his daughter's hand in marriage to whoever could build a flying ship. The older two brothers were immediately sent on their way to try to construct the flying ship, while the youngest was left behind. He pestered his mother until she let him go as well, sending him off with simply a crust of bread and some water. He meets a manikin on his journey to the castle, who gives him strange directions that lead him to a flying ship and instructing him to take with him whoever he discovers along the way. The youngest brother travels along, picking up all of the men he meets on his way to the castle. When they arrive at the castle and the king sees the rag-tag crew aboard the ship, he immediately decides that he will not let any man so low marry his daughter. And so, he begins to give the youngest son seemingly impossible tasks to complete before he can marry the princess. Lucky for the youngest son -- he has just the crew of men to help him! Andrew Lang (1844-1912) was a Scottish writer who collected fairy and folk tales from various cultures and put them together in twelve volumes of tales. He was noted for taking the tales from as many original sources as possible, keeping the fairy tales close to their intended meanings.