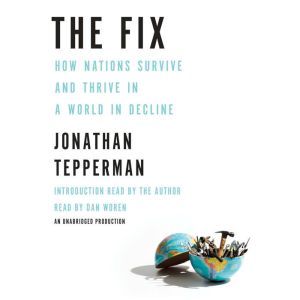 The Fix: How Nations Survive and Thrive in a World in Decline

A provocative look at the world’s most difficult, seemingly ineradicable problems—and the surprising stories of the countries that solved them.

We all know the bad news. The heady promise of the Arab Spring has given way to repression, civil war, and an epic refugee crisis. Economic growth is sputtering. Income inequality is rising around the world. And the threat of ISIS and other extremist groups keeps spreading. We are living in an age of unprecedented, irreversible decline—or so we’re constantly being told.

Jonathan Tepperman’s The Fix presents a very different picture. The book reveals the often-overlooked success stories, offering a provocative, unconventional take on the answers hiding in plain sight. It identifies ten pervasive and seemingly impossible challenges—including immigration reform, economic stagnation, political gridlock, corruption, and Islamist extremism—and shows that, contrary to the general consensus, each has a solution, and not merely a hypothetical one. In his close analysis of government initiatives as diverse as Brazil’s Bolsa Família program, Indonesia’s campaign against radicalism, Canada’s early embrace of multiculturalism, and Mayor Michael Bloomberg’s efforts to prevent another 9/11, Tepperman isolates the universally applicable measures that can boost and buttress equality, incomes, cooperation, and cohesion in wildly diverse societies. He flips conventional political wisdom on its head, showing, for example, how much the U.S. Congress could learn about compromise and conciliation from its counterpart in Mexico.

Tepperman has traveled the world to write this book, conducting more than a hundred interviews with the people behind the policies. Meticulously researched and deeply reported, The Fix presents practical advice for problem-solvers of all stripes, and stands as a necessary corrective to the hand-wringing and grim prognostication that dominates the news, making a data-driven case for optimism in a time of crushing pessimism. 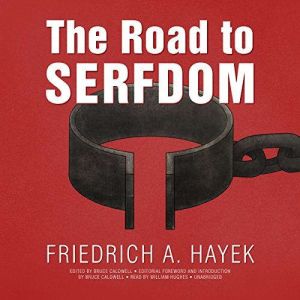