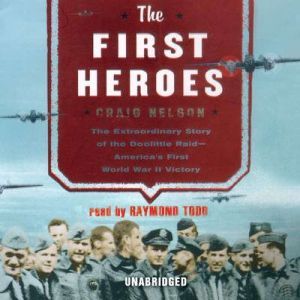 Immediately after Japans attack on Pearl Harbor, President Roosevelt sought to restore the honor of the United States with a dramatic act of vengeance: a retaliatory bombing raid on Tokyo itself. At his bidding, a squadron of scarcely trained army fliers, led by the famous daredevil Jimmy Doolittle, set forth on what everyone regarded as a suicide mission. Their extraordinary success led directly to what every historian now believes was the turning point in the war against Japan, and helped convince the nation and the world that the Allies might eventually triumph.

A true account that almost defies belief, The First Heroes is a tremendous human drama of great personal courage and a powerful reminder that ordinary people, when faced with extraordinary circumstances, can rise to the challenge of history.