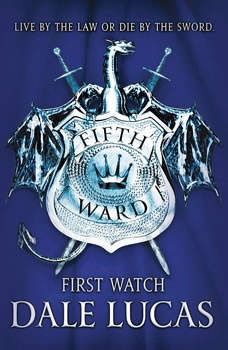 The start of a rollicking debut fantasy series where two watchmen protect the streets of one of fantasy's most dangerous cities.A member of the Yenara City guard has gone missing. The culprit could be any of the usual suspects: drug-dealing orcs, mind-controlling elves, uncooperative mages, or humans being typical humans.It's up to two reluctant partners -- Rem, a miscreant who joins the Watch to pay off his bail, and Torval, a maul-wielding dwarf who's highly unimpressed with the untrained Rem -- to uncover the truth and catch the murderer loose in their fair city."A brilliant premise, wonderfully told. A city that breathes, and heroes you can't help but root for." -- Nicholas Eames, author of Kings of the Wyld"A glorious tour through fantasy's seamier side. A wilder ride than Middle Earth, and you'll love every minute of it!" -- Jon Hollins, author of the Dragon Lords series

Never a Dragon
by Michael Anderle