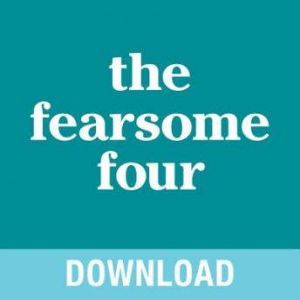 Are you feeling discouraged and defeated? If so, chances are the devil has been hitting you with what Joyce calls the fearsome four: fear, guilt, worry and insecurity.

All four of these foes produce nothing but misery and prevent people from fulfilling God’s calling. But with Christ, you can defeat these obstacles and reach God’s perfect plan for your life.

With a full teaching devoted to each one, Joyce shares how to chase away the fearsome four, using God’s Word and stories from her own life.

With these four teachings, you’ll…

Learn how to stop fearful thoughts from holding you back.

Find out how to leave the city of regret and guilt behind.

Hear the final word on moving beyond worry and anxiety.

Gain an incredible sense of security with this cure for insecurity.