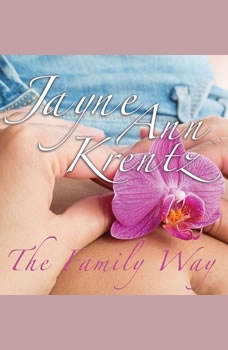 Unwilling to force her live-in love Case McCord into a proposal of marriage, a pregnant Pru Kenyon decides to walk away from the man she loves, not telling him that she is expecting his baby, but she never bargained on how much Case is willing to do for love.

The Adventurer
by Jayne Ann Krentz

Romance writer Sarah Fleetwood is obsessed with the Fleetwood Flowers, five pairs of gold earrings that constitute a long lost family treasure. According to the legend, shortly before her death, Emelina Fleetwood buried the earrings on her property ...

Word gets around fast in Eclipse Bay. Nick Harte should know—his family's legendary feud with the Madisons fueled the local gossip mill for years before finally cooling off. But people are still talking—and rumor has it Nick's involved w...

Between The Lines
by Jayne Ann Krentz

There was no passion to break her heart, no love to risk and lose. Marrying her boss, prominent businessman Cormick Grayson, was a very reasonable proposition for a woman who'd been hurt in love before. It was a mutually beneficial arrangement. At f...