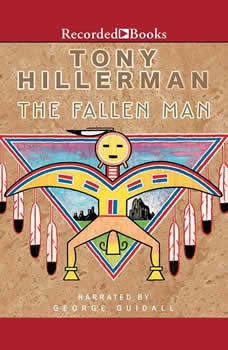 In his Chee/Leaphorn series, best-selling author and recipient of the Navajo Tribe's Special Friend Award, Tony Hillerman, magically combines Navajo lore and modern American culture. In The Fallen Man, he brings Leaphorn out of retirement to join Chee in solving one of his most chilling mysteries to date. When a human skeleton is discovered on sacred Navajo land, the publicity surrounding the find sets in motion a widespread investigation and a series of attempted murders. After a Washington group hires Leaphorn to investigate the "fallen man's" past, he joins Chee in unraveling a deadly intrigue that finally involves players from both the FBI and a suspicious corporation. Sensitive insight into Navajo culture and intricate storytelling explain why Hillerman's tales are bestsellers. Guidall's dramatic, well-paced narration makes clear why each release in the Leaphorn/Chee series attracts a wider audience.

The Dark Wind
by Tony Hillerman