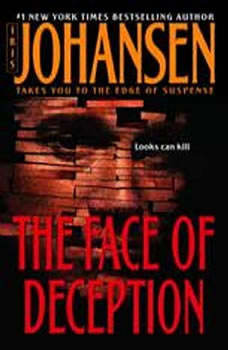 The Face of Deception

From Iris Johansen, the nationally acclaimed New York Times bestselling author of And Then You Die and The Ugly Duckling, comes her most electrifying novel yet.

Forensic sculptor Eve Duncan has a rare--and bittersweet--gift. Her unique ability to reconstruct the identity of the long dead from their skulls has helped bring closure to parents of missing children. For Eve, whose own daughter was murdered and her body never found, the job is a way of coming to terms with her personal nightmare.

When she is approached by billionaire magnate John Logan to reconstruct the face of an adult murder victim, only his promise of a sizable charitable contribution persuades her to accept. It's a simple bargain, yet it's the most dangerous one she'll ever make.

The warning signs are clear. There is the specially equipped lab Eve is taken to in a country inn turned high-tech security fortress in rural Virginia. Surveillance cameras monitor her every move. The telephones are tapped. And then there is Logan himself--by turns ruthless, charming, and desperate.

But it's too late for Eve to walk out. The skull has begun to reveal its shocking identity, trapping her in a frightening web of murder and deceit. To free herself, she has no choice but to expose that identity and to trust Logan, the man who put her life in danger, a man who may see her as an expendable pawn.