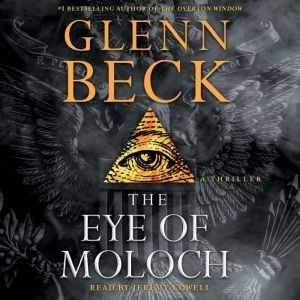 The Eye of Moloch

From the New York Times #1 bestselling author and popular radio and television host Glenn Beck: the heart-stopping sequel to The Overton Window.Six months have passed since the dramatic events in the #1 New York Times bestselling thriller The Overton Window and the fight for freedom hasn’t gone well. Hunted, wounded, and marked as traitors themselves, Molly Ross and her Founders Keepers finally find themselves cornered and standing alone against every awesome power their globalist enemies can bring to bear. At last it’s all they can do to make a narrow escape and disappear into hiding. But the fight is far from over. In the darkest hour new allies join, old enemies turn, and Molly draws together an unlikely band of heroes to join the battle one more time. Her last hope is a daring, desperate ploy designed to awaken the American people to the world-spanning, real-life conspiracy to destroy the country she loves. In the end, it’s all or nothing—they’ll have to give everything they’ve got to reveal the truth, or die trying.