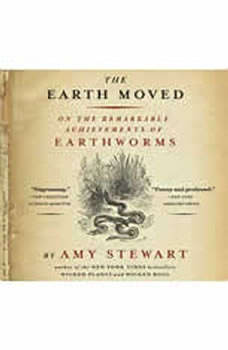 The Earth Moved: On the Remarkable Achievements of Earthworms

An “engrossing” (The Christian Science Monitor), “fascinating” (TimeOut New York), and “delightfully nuanced” (Entertainment Weekly) exploration of the world underground and one of its most amazing denizens.

The Genius of Birds
by Jennifer Ackerman

This elegant scientific investigation and travelogue weaves personal anecdotes with fascinating science. Ackerman delivers an extraordinary story that will both give readers a new appreciation for the exceptional talents of birds and let them discov...

The Drunken Botanist
by Amy Stewart

From the New York Times bestselling author of Wicked Bugs and Wicked Plants comes a rousing tour through the botanical origins of our most cherished libations that is as entertaining as it is enlightening.

Since the release of the documentary Blackfish in 2013, millions around the world have focused on the plight of the orca, the most profitable and controversial display animal in history. Yet, until now, no historical account has explained how we cam...

“A frightening and fascinating masterpiece of science reporting that reads like a detective story.” —Walter IsaacsonIn 1976 a deadly virus emerged from the Congo forest. As swiftly as it came, it disappeared, leaving no trace. Over...

Biology of Birds
by John Kricher

An esteemed professor of biology at Wheaton College, John Kricher leads a fascinating discussion of the approximately 10,000 species of birds that share our world. In these engaging lectures, Kricher expands on such topics as bird anatomy, the mecha...

An enthusiastic, witty, and informative introduction to the world of insects and why we—and the planet we inhabit—could not survive without them.Insects comprise roughly half of the animal kingdom. They live everywhere—deep inside ...

The Sting of the Wild
by Justin O. Schmidt

Entomologist Justin O. Schmidt is on a mission. Some say it's a brave exploration, others shake their heads in disbelief. His goal? To compare the impacts of stinging insects on humans, mainly using himself as the gauge. In The Sting of the Wild, t...

The Animals Among Us
by John Bradshaw

The bestselling author of Dog Sense and Cat Sense explains why living with animals has always been a fundamental aspect of being human Pets have never been more popular. Over half of American households share their home with either a cat or a dog, ...

Once a Wolf
by Bryan Sykes

The author of Seven Daughters of Eve returns with a lively account of how all dogs are descended from a mere handful of wolves. How did wolves evolve into dogs? When did this happen, and what role did humans play? Oxford geneticist Bryan Sykes used ...