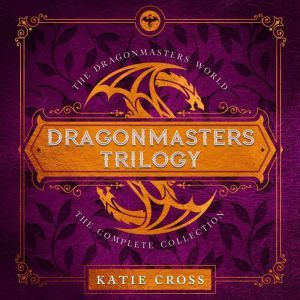 Contains all three books in The Dragonmaster TrilogyFLAMEIn Anguis, magic is forbidden.Dragon Servants Sanna and Isadora Spence live deep in Letum Wood, where persnickety dragons and wars on the borders are the least of their worries.Thanks to years of simmering tension, the hidden village is destined to crack. Soon. Sanna’s deep love for the giant beasts causes her to make an irreversible mistake, while Isadora’s disinterest leads her to a fateful decision that will change the course of the entire world.FLIGHTSisterwitches Isadora and Sanna Spence aren’t sitting back anymore. In fact, they’re both tangled in separate new worlds—ones they didn’t anticipate.Despite the Dragonmasters home burning to ash, Sanna is certain of one thing—she will not be a tyrant, even though managing a brood of frightened dragons falls on her reluctant shoulders. In the midst of training with her perpetually annoyed mentor, Maximillion, Isadora is unexpectedly thrust into a dangerous game with her most terrifying enemy: Cecelia Bianchi.FREEDOMIsadora Spence knows two things:1) she’s tired of all the wars and wants them to stop and 2) she never wants to see Maximillion Sinclair again.Sparks fly when rising desperation leads Isadora and Maximillion to attend a political delegation together in the Southern Network. She’s determined to create a pact for peace and save lives, but when events spiral into far more dangerous territory, she realizes the only witch she can trust is Maximillion.Can they work together, or will everything fall apart?Meanwhile, her sisterwitch Sanna is out of her depth in an unfamiliar world of volatile goddesses and buried history. Facing an unwinnable battle against Prana, the ruthless goddess of the sea, Sanna roots through history, only to discover that Prana isn’t the only enemy they face.