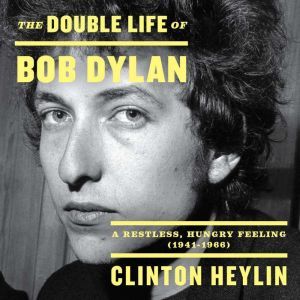 From the world's leading authority on Bob Dylan comes the definitive biography that promises to transform our understanding of the man and musician—created with early access to Dylan's never-before-studied archives.

When it was announced, nearly two years ago, that the pre-Nobel Bob Dylan had sold his personal archive to the George Kaiser Foundation in Tulsa, Oklahoma for the astonishing sum of $22 million, the shock was palpable. Initially, one almost wondered if this was the pop culture equivalent of the Hitler diaries. How could there be this much material accumulated and archived from one of the world's least fastidious documenters of his own work? It simply couldn't be true.

But what Clinton Heylin, considered to be the leading expert on Dylan's life and work, found when he traveled to the archives was enough to make him entirely rethink his understanding of music's greatest living legend. Boxes of small notebooks into which Dylan wrote in his microscopic hand his draft ideas, beginning in 1967 and stretching to the present day, previously undocumented working notebooks for Blood on the Tracks; multiple drafts of his novel, Tarantula; letters and contracts that show Dylan's hard-won business acumen and artistic integrity time and time again; and, most exciting of all, so many song drafts for the majority of his key songs that a complete rethink of his working methods—and industry—is now required.

With the discovery of such vast and previously unseen materials, Heylin had no choice but to return to Dylan. This time, by cutting his career in half, The Double Life of Bob Dylan dives deeper, explores further, and more thoroughly captures the enigmatic artist than has ever been done before.