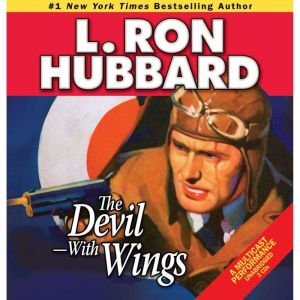 Fighter pilot Gary Forsythe is a man on fire. He?s tough, steely-eyed, hunted by many and feared by all. He?s British Secret Service?a striking predecessor to James Bond?with a chip on his shoulder and a .50 caliber machinegun in his flying killing machine. He is The Devil?With Wings. The Japanese have invaded Manchuria, and Forsythe has made it his mission to stop them. Japanese Military Intelligence has made it their mission to knock the Devil out of the skies. But a dogfight with the Imperial Japanese Air Force is child?s play compared to the challenge that awaits him. . . . Her name is Patricia Weston. Japanese spies have falsely accused the British pilot of murdering her brother?and now she wants vengeance. And for once in his life, Forsythe is disarmed?by his love for a woman who has vowed to kill him. Soar to the heights of battle and descend to the depths of betrayal as the audio drama of The Devil?With Wings takes you on a deadly journey to the Far East. As a young man, Hubbard visited Manchuria, where his closest friend headed up British intelligence in northern China. Hubbard gained a unique insight into the intelligence operations and spy-craft in the region as well as the hostile political climate between China and Japan?a knowledge that informs stories like The Devil?With Wings. Cast: Cristian Belfrage, Bob Caso, Denice Duff and Jim Meskimen. 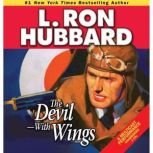 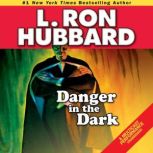 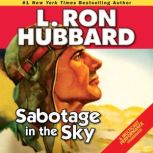 The Devil-With Wings
Stories from the Golden Age