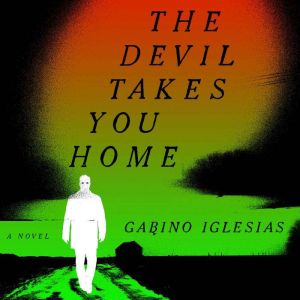 The Devil Takes You Home: A Novel

From an award-winning author comes a genre-defying thriller about a father desperate to salvage what's left of his family—even if it means a descent into violence.

Buried in debt due to his young daughter’s illness, his marriage at the brink, Mario reluctantly takes a job as a hitman, surprising himself with his proclivity for violence. After tragedy destroys the life he knew, Mario agrees to one final job: hijack a cartel’s cash shipment before it reaches Mexico. Along with an old friend and a cartel-insider named Juanca, Mario sets off on the near-suicidal mission, which will leave him with either a cool $200,000 or a bullet in the skull. But the path to reward or ruin is never as straight as it seems. As the three complicated men travel through the endless landscape of Texas, across the border and back, their hidden motivations are laid bare alongside nightmarish encounters that defy explanation. One thing is certain: even if Mario makes it out alive, he won’t return the same.

The Devil Takes You Home is a panoramic odyssey for fans of S.A. Cosby’s southern noir, Blacktop Wasteland, by way of the boundary-defying storytelling of Stephen Graham Jones and Sylvia Moreno-Garcia.
Recommended