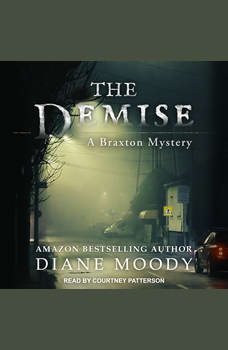 Tiny Braxton, Tennessee, is a tight-knit community wrapped around an old town square just a stone's throw from Nashville. But when the town's most prominent citizen is found dead at the base of its water tower, news of Peter Lanham's apparent suicide roars through town like a massive tsunami. Peter, the handsome, beloved CEO of Lanham's Fine Foods, had taken a small, family-owned grocery store founded in 1927, and grew it into a successful national chain. With most of Braxton's residents employed by Lanham's corporate headquarters, word of Peter's demise left them searching for answers. Julie Parker is convinced he didn't. As receptionist at Lanham's executive office suite, she's determined to find out what really happened to her boss. An aspiring actor who also stars as 'The Lanham Girl' in the company's TV commercials, Julie prides herself on her perceptive observations and people-skills. Matt Bryson, on assignment as a rookie Special Agent for the Tennessee Bureau of Investigation, isn't about to let the attractive receptionist intrude on his first case. She may be a hometown insider, but he's perfectly capable of solving the case without 'Miss Marple' screwing up his investigation.