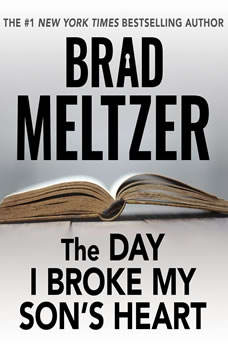 The Day I Broke My Son's Heart

Truth in a title. Here's the exact day that Brad gave his favorite book to his oldest son. Originally appeared in The Huffington Post.

Father Knows Less, or: "Can I Cook My...
by Wendell Jamieson

What to Expect When Your Wife is Expa...
by Thomas Hill