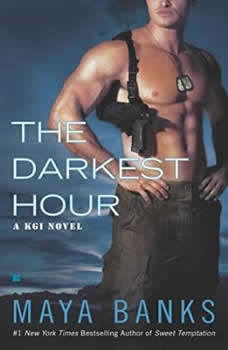 It's been a year since ex-Navy SEAL Ethan Kelly saw his wife Rachel alive. Now he's received an anonymous phone call claiming Rachel is alive. To find her, Ethan will have to doge bullets, cross a jungle, and risk falling captive to a deadly drug cartel that threatens his own demise.

Pleasure is their ultimate weapon . . . Runa Wagner never meant to fall in love with the sexy stranger who seemed to know her every deepest desire. But she couldn't resist the unbelievable passion that burned between them, a passion that died when s...

Denver journalist Natalie Benoit and Deputy U.S. Marshal Zach McBride find themselves captives of a bloodthirsty Mexican drug cartel. Working together, they escape through the desert toward the border, the attraction between them flaring hotter than...