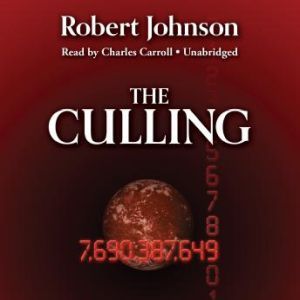 Carl Sims, a young virologist, discovers a plot hatched by a group of international scientists to cull, in a matter of weeks, two-thirds of the world's population-some 4.5 billion people-by releasing a deadly virus. Their goal is to reduce Earth's population from an unsustainable seven billion to two billion. What is he to do? Try to stop the conspiracy, or join it? It's horrific, yes, but what if this culling could prevent the extinction of some 40 percent of the planet's flora and fauna? Or if he was certain it was the only way to prevent an even larger human die-off, incurring significantly more suffering, by the end of this century? Or if he were convinced it represented the only hope for humanity surviving at all? This is at the heart of this thriller, for these viruses do, in fact, exist. Most everything that plagues mankind today-the highest concentration of atmospheric CO in three million years, escalating extinction rates, habitat loss, fishery collapses, climate change, polar and glacial ice thaws, arable land loss, desertification, aquifer depletions, ocean acidification, unprecedented air pollution, looming famine, and social unrest-stems from overconsumption which, unchecked, will lead to Earth's sixth mass extinction event.