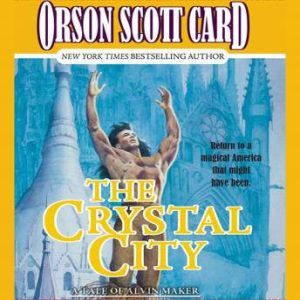 This full-cast production of Orson Scott Card's newest title is finally available on audioFrom the end of the 18th century, Americans travelled west to find new homes and new lands. They brought with them the magics of plain people. It is from these roots of the American dream that award-winning writer Orson Scott Card has crafted what the Charlotte Observer called "a uniquely American fantasy." Using the lore and the folk magic of the men and women who settled a continent, and the beliefs of the tribes who were here before them, Card has created an alternate frontier America. Charms, beseechings, hexes, and potions all have a place in the lives of the people of this world. Alvin Miller is the seventh son of a seventh son, born while his six brothers all still lived. Such a birth is a powerful magic; such a boy is destined to perhaps become a Maker. Rejoin the tale of Alvin and his wife Peggy as they work to create the Crystal City of Alvin's vision, where all people can live together in peace.