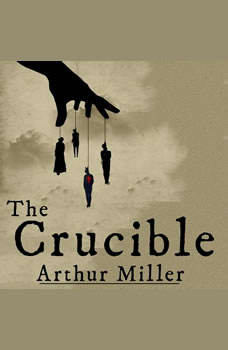 The place is Salem, Massachusetts, in 1692, an enclave of rigid piety huddled on the edge of a wilderness. Its inhabitants believe unquestioningly in their own sanctity. But in Arthur Miller's edgy masterpiece, that very belief will have poisonous consequences when a vengeful teenager accuses a rival of witchcraft - and then when those accusations multiply to consume the entire village. About this author: Arthur Asher Miller was an American playwright and essayist. He was a prominent figure in American literature and cinema for more than 61 years, writing a wide variety of plays, including celebrated plays such as The Crucible, A View from the Bridge, All My Sons, and Death of a Salesman, which are still studied and performed worldwide. Miller was often in the public eye, most famously for refusing to give evidence against others to the House Un-American Activities Committee, being the recipient of the Pulitzer Prize for Drama among other awards, and for marrying Marilyn Monroe. At the time of his death, Miller was considered one of the greatest American playwrights.