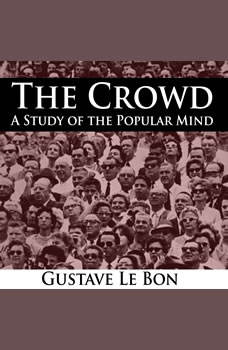 The Crowd - A Study of the Popular Mind

In The Crowd: A Study of the Popular Mind, social theorist Gustave Le Bon gives historical insight into the political thinking of his era while offering timeless social commentary. Le Bon challenges the listener to contemplate how individual ideas change - often to a destructive end - when employed in a setting of groupthink. As technology and communications innovations make group formation easy and accessible for better or for worse, this book's message is certainly one that will not be lost in the crowd.