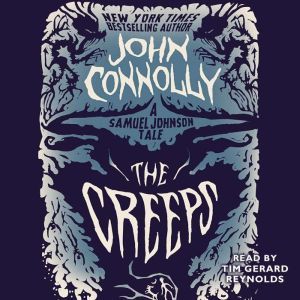 The Creeps: A Samuel Johnson Tale

In this clever and quirky follow-up to THE GATES and THE INFERNALS, Samuel's life seems to have finally settled—after all, he’s still got the company of his faithful dachshund Boswell and bumbling demon friend Nurd, has foiled the forces of hell not once, but twice, and he’s finally gone on a date with the lovely Lucy Highmore, to boot. But things in Biddlecombe rarely run smoothly for long. Certain scientists’ experiments have captured the attention of dark forces even more threatening than the Great Malevolence, and they seem to be converging on Samuel’s small town. When a new toy shop’s opening goes terrifyingly awry, one young boy must join his ragtag band of friends to face down the hordes of darkness, the numbers of which include: an optimistic and rather gelatinous messenger of doom, a girl with an unnatural fondness for spiders, highly flammable unfriendly elves, and eyes that follow you around the room…literally. The final installment of John Connolly’s wholly original and creepily imaginative Samuel Johnson Tales, THE CREEPS is humorous horror for anyone who enjoys fiction at its best.