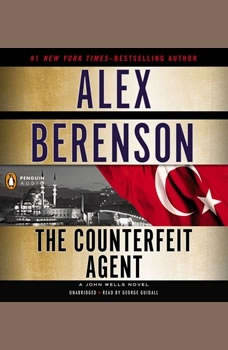 In an Istanbul hotel, a deep source warns a CIA agent that Iran intends to kill a CIA station chief. Quickly, John Wells is called in to investigate, but before he can get far, the tip comes true. Which means that the next warning the source gives will be taken very seriously indeed. And it’s a big one.

As the threat level jumps and the government mobilizes, Wells must figure out what’s really going on. From a drug lord’s mansion in Guatemala to a secret plastic surgery center in Thailand to the slums of Istanbul, Wells uses every skill he has—including his ability to go undercover in the Arab world—to chase down leads. But the enemy he faces is equally determined. And soon he may be too late to pull the United States back from the brink of war…

The Wrong Side of Goodbye
by Michael Connelly

A North Korean ICBM crashes into the Sea of Japan. A veteran CIA officer is murdered in Ho Chi Minh City, and a package of forged documents goes missing. The pieces are there, but assembling the puzzle will cost Jack Ryan, Jr. and his fellow Campus ...

Cross My Heart
by James Patterson

James Patterson raises the stakes to their highest level, ever-when Alex Cross becomes the obsession of a genius of menace set on proving that he is the greatest mind in the history of crime. Detective Alex Cross is a family man at heart--nothing m...

The Chase
by Janet Evanovich

The Wolves
A John Wells Novel #10