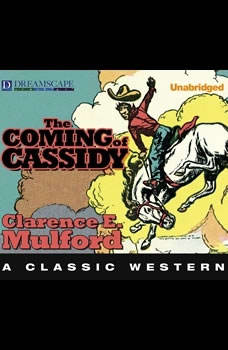 The Coming of Cassidy: A Hopalong Cassidy Novel

Hopalong Cassidy is an iconic western cowboy hero conceived by Clarence Mulford, but immortalized in a series of films starring William Boyd from 1935-1948. A tough-talking and violent character in the print novels, Cassidy was remade into a clean-cut hero who traveled the West with his sidekicks fighting villains who took advantage of the weak. Clarence E Mulford takes you back to the beginning by relating the stories (as told to him by Red and the boys of the BAR-20) of how Buck Peters started the BAR-20 ranch. It tells of how he picked up Hopalong Cassidy, Red Connors, Skinny Thompson, and many of the other colorful characters in this famous series.

The Coming of Cassidy: A Hopalong C...
Hopalong Cassidy series #6