People are dropping dead in Washington, D.C., and the Camel Club must unravel a secret that threatens to bring America to its knees. In "The Collectors," #1 "New York Times" bestselling author Baldacci once again demonstrates why he is one of the world's favorite writers.

My drive to and from work was so enjoyable these last 2 weeks listening to The Collectors. The readers do a great job bringing the characters to life. The story is fast paced, but Baldacci takes time to develop his characters I especially loved the developing relationship between Oliver and Annabelle. I'm sure there will be more to come in that department in future novels about the quirky Camel Club. Highly recommended, especially if you enjoyed The Camel Club. 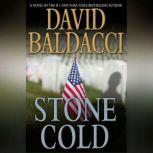