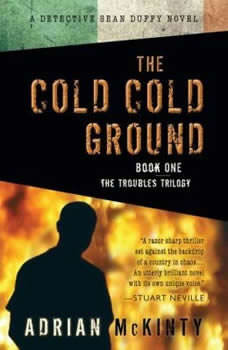 Northern Ireland, spring 1981. Hunger strikes, riots, power cuts, a homophobic serial killer with a penchant for opera, and a young womans suicide that may yet turn out to be murder: on the surface, the events are unconnected, but then thingsand peoplearent always what they seem. Detective Sergeant Duffy is the man tasked with trying to get to the bottom of it all. Its no easy jobespecially when it turns out that one of the victims was involved in the IRA but was last seen discussing business with someone from the loyalist Ulster Volunteer Force. Add to this the fact that, as a Catholic policeman, it doesnt matter which side hes on because nobody trusts him, and Sergeant Duffy really is in a nowin situation. Fastpaced, evocative, and brutal, The Cold Cold Ground is a brilliant depiction of Belfast at the height of the Troublesand of a cop treading a thin, thin line.