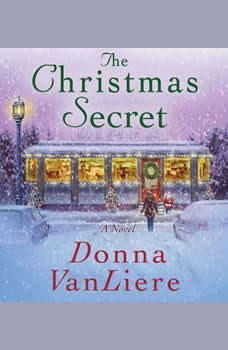 When a struggling young single mother saves the life of an elderly woman, she sets into motion a series of events that will test her strength, loyalty, and determination, all the while setting her on the path to finding true love. Christine Eisley is the mother of seven-year-old Zach and five-year-old Haley. Her ex-husband provides little, if any, child support and makes life difficult for Christine by using the children as pawns. She works long hours as a waitress to make ends meet, but her job is in jeopardy because she's often late to work due to the unreliable teenaged sitters she's forced to use. When Christine saves the life of a woman who works in Wilson's department store, the owner of Wilson's wants to find her, to thank her, but Christine has disappeared, losing another job once again. He sets his grandson, Jason, to the task of finding the mysterious "Christy." Jason, an accountant by trade who has lost his job to downsizing, thinks he is "above" working at Wilson's. Soon, he discovers that this new task gives him more than he bargains for. The Christmas Secret is a novel for anyone who wants to see how love is a gift that keeps giving back; that hope is a treasure that never runs dry, and that faith is a miracle that is reborn with each new day.