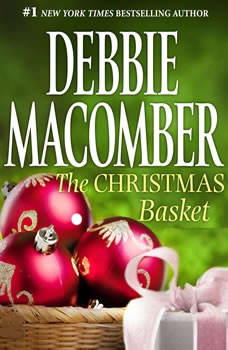 That summer—more than ten years ago, while they were still in high school—Noelle McDowell and Thomas Sutton fell secretly in love. Secretly because their mothers had been locked in a bitter feud for decades. But despite the animosity between Sarah McDowell and Mary Sutton, Noelle planned to elope with Thom. Until he jilted her.

This Christmas Noelle McDowell is home to celebrate the holidays with her family. (After all, December 25 is also her birthday.) Unfortunately, Noelle's feelings about home—or rather, her hometown of Rose, Oregonwere changed forever the day Thomas Sutton broke her heart.

This Christmas the feuding mothers find themselves working together to fill Christmas baskets for charity. What irony! And what an opportunity for reconciliation—if only they could see it.

This Christmas Noelle and Thom discover they're still in love. Regardless of their mothers' reactions, they want to be together. Is that possible? Can old rivalries be set aside? Will Sarah's Christmas daughter have a second chance with Mary's charming son?