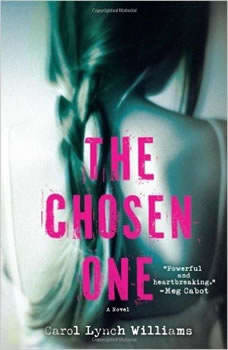 Thirteen-year-old Kyra has grown up in an isolated polygamous community without questioning her father's three wives and her twenty brothers and sisters. Or at least without questioning them much—if you don't count her secret visits to the Mobile Library on Wheels to read forbidden books, or her meetings with the boy she hopes to choose for herself instead of having a man chosen for her. But when the Prophet decrees that Kyra must marry her 60-year-old uncle—who already has six wives—Kyra must make a desperate choice in the face of violence and her own fears of losing her family.