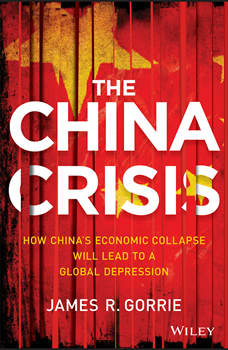 The China Crisis: How China's Economic Collapse Will Lead to a Global Depression

Given all of the looming insolvency of America and the very possible collapse of the U.S. dollar, China seems to be poised to step in and take Americas place of prestige and superpower status upon the world stage. This viewpoint would certainly appear to have an aura of inevitability, except for one crucial fact: China itself is on the verge of repeating what has been the hallmark of its communist rule for the past sixty years--a recurrent cycle of total economic and societal collapse. The undeniable fact is that in a short decade or so, capitalism accomplished what communism, Mao Zedong, a couple of Great Leaps Forward, and Cultural Revolutions could not: the industrialization of China. But the truth is, Chinas ruling communist party has a history of making huge, costly and very bloody mistakes on an enormous scale. The author will address Chinas cannibal capitalism--abuse of its environment, people, and arable lands. This book will look at the mistakes that will eventually cause the economic collapse of China, and what may lead to global depression.