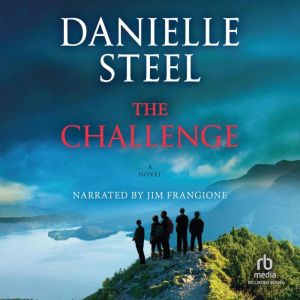 In this thrilling novel from #1 New York Times bestselling author Danielle Steel, a small community is tested when their children go missing while exploring a dangerous local peak, forcing them to band together during the crisis. Fishtail, Montana, is home to Anne and Pitt Pollock, local royalty, high school sweethearts, and owners of the successful Pollock ranch. The sprawling foothills of the Beartooth Mountains surround the town, overlooking the Pollocks' property and the nearby ranch belonging to Bill and Pattie Brown. The two couples have known each other since childhood. Their sons Peter Pollock and Matt Brown are also the best of friends. When they and two other local kids meet Juliet Marshall, new to town after her parents' bitter divorce, the five of them are soon inseparable, spending their summer days swimming, horseback riding, hiking, and fishing. But one August afternoon, their latest adventure takes a dangerous turn--and quickly escalates into a battle for survival--when they find themselves trapped on Granite Peak. Fear reverberates through the town as their parents grow ever more desperate to hear word that their children have been found. They must place their own trials aside amid a massive search-and-rescue operation. As they come to lean on one another for support, a media frenzy ensues, heightening tensions and testing some already fragile relationships. In the aftermath of this one fateful event, devastating secrets are revealed, new love appears on the horizon, and families are forced to reconsider what they once held dear. In The Challenge, Danielle Steel deftly weaves a story that is a portrait of courage and a striking tale of the bonds of love and family.